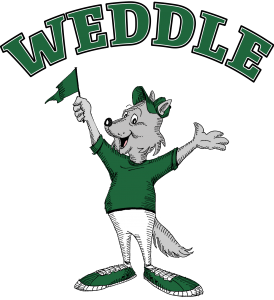 Weddle Elementary is a kindergarten through fifth-grade school.

Weddle was named for Carmalite Weddle, who was principal of Keizer Elementary District before it was incorporated into the Salem-Keizer School District. She was the first principal of Kennedy Elementary, beginning in 1964. She was also the president of Salem Area Seniors, encouraging seniors to volunteer at public schools.